The paradox of learning 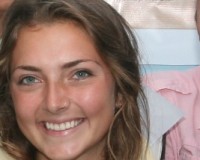 I grew up unconsciously thinking that learning was only possible through hard work, productivity, and full commitment to the work in progress or studies in question. This is basically what the education system in western countries teaches you: work hard, do what you’re being told with eyes closed, give up trying new ways and you will learn a lot and become someone. Deep down inside me, although I have been learning quite differently for at least two years now, I guess my idea of what work should be was still very stiff because when I got an internship working for women’s rights in Katmandu, Nepal, the first thing I thought was: Wow, this is going to be hard work and I am going to learn a lot. I was wrong, and I had a shock. I did learn a lot, but I did not do it through hard work – at least, not the type that one would expect.

.........After two months here, I would say: In Katmandu, forget about all you know and be grateful for that opportunity to reframe your world.  Relax, observe, and talk to nepali people- they are amazing. Try to understand instead of judging. It is an illusion and it is very naive to think you can go to a foreign country and, in two months, have a real impact on such a big issue as women’s rights.

So that’s it, time to move on. I will have a smile on my face every time I think of this adventure, in all of its aspects. From Shila’s dal bhat and beautiful laugh, to the endless conversations in Nepali at WOFOWON in which I couldn’t get in a single word, to the times I would choke from all the pollution and the dust in the traffic jams. The nights spent in my room without power trying to read with a candle, the children almost running after me in the streets to ask me where I was from, the breath taking view of the Himalayas when I got lucky enough to see them win over the fog, the cows blocking my way to cross the streets, the teenagers playing ping-pong in the streets, the incredible variety of flowers and beautiful fruits growing everywhere and the innumerable national holidays celebrated happily and colorfully in the thousands of temples of Katmandu.

I didn’t choose to learn this way, but I chose to make to most out of it, and I go back to Canada with the feeling of having accomplished in Katmandu something different and worth every second of it. There is no better way to learn than being completely lost, because in the process of finding yourself again lives a very strong- almost magic-thing called openness of mind.