It was a pleasure to meet you all 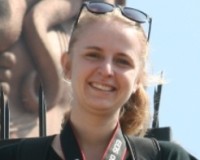 I arrived to Kathmandu the 8 of February. The first week I stayed in Arjuns house, where I was learning Nepali language and everything about the culture. My teacher was Bikram, a really nice guy. He learned me a lot about everything. People had often told me, "You are so good at Nepali language and you know so much about the culture". I would say thanks to Bikram and Arjun for that.

After the first week I moved to Nardev and Shilas house in Bisalnagar where I should start my photojournalism work. My expectations to the course was, first of all I would learn how to use the manual setting in my camera. Then I would learn about the ethical rights behind photojournalism and of cause getting better to take pictures. Ram told me all about the camera settings and told me to practice a lot. He took me to Pashupatinath , to the Shivatri festival to take some night photographing with tripod, and I really enjoyed it and took some nice pictures. It was so cool. I only had two weeks here to work in, and the first week I learned about the photojournalism. The second week I wanted to make a small project about the slum in Kathmandu.

For me it was really interesting, because it is such a different world compared to my world. I went there with Rajani and talk with the people, took some videos and photos and then I made a short movie about me experience in the slum. Ram really knows a lot about journalism and photojournalism, and I can recommend others to go here. He is such a nice man.

My stay in the journalism house (with Nardev and Shila), has been a very good experience. I had learned so many things about Nepali culture. The family is very kindly and I will miss Nardev when he is talking to himself, Shilas lovely openness mind, Danukas beautiful smile, Ashim voice when he is singing and Muskan when she is teasing. It has been a pleasure to meet you all.