What the PJ project meant for me 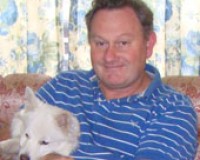 It was unfortunate that my project time was just under two weeks. This didn't allow sufficient time to get the most out of the project as I could have. I arrived open minded not really knowing what was expected of me, as a swimming coach I had no previous PJ knowledge but a very good grasp of photography, the use of light and in my opinion composition. The introduction from Ram was brief and useful and immediately my thoughts were to undertake a project on the maintenance of trucks and the trucking industry. Ram soon put the ideas to bed suggesting in the short time I was here I should focus on swimming. I thought Ihas come here to get away from swimming! After a little thinking I agreed it was a good idea and I am sure I would find oppotunites to help with swimming in Nepal.

Now excited about the project I headed of to the National Stadium for my introduction to swimming in Nepal. Oh dear, I soon realised this would not be quite so easy. In Nepal swimming is a summer sport as most swimming pools are open air and unheated. The swimming season had ended at the end of September, 2 months previously. I was shocked by the state of the pool and the entire building and surroundings. I tried to think of the worst pool at home in New Zealand and then rank this one on a scale of 1-10. I gave it 2, and that was just because it was 8 lanes wide and about 50yds long. When the pool closes the goverment cease maintaining them until next summer in a bid to save money. It is hard to imagine the pools ever being able to recover from this condition.

After meeting with a council member of the Nepal Swimming Association I decided it was going to be impossible to do something on swimming in such a short time so I decided to develop my storey along the lines of showing local people what they have on offer and should try to make swimming a part of life.

The project offered me the opportunity to meet several people who all gave some valuable input to gaining background knowledge. Marhesh (Mike) Kharel in particular was very helpful and showed me a new pool he is assiting with the building of. I met the consortium running the project and had the chance to discuss ideas with them about the pool being built.

While out looking for a pool on another day I was fortunate to be invited into a bicycle repair shop by the owner, who could not speak any English. You may well be wondering why this would be fortunate for my project. After a cup of chyaa the son returned, he spoke very good English and I soon discovered he was sponsored through school by an Australian family. They also gave him the chance to learn to swim and belong to a club for a little while. One of his best friends was very good at swimming and had won some medals. He was excited about swimming but does not go anymore as he cannot afford to. I spent the the rest of the day with Aryan and he took me to his local pool, which of course was closed. The difference here was that is was operated by a private enterprise and was clean and tidy.

My exploration for the pools was mainly by foot or bus. Both methods of transport gave me a great chance to explore the city and how people live in the suburbs. I have witnessed many things that tourist miss and hope by spending so much time with the people I feel better prepared to be able to continue with some support for Nepal either on a personal level or with a larger organisation like NSA.

When I return to NZ I will post some of my images of Nepal on my website www.cliffthreadgold.com I would like to thank all the people that have helped make this trip work so well, especially Nardev Pandey and his family.