The High and Handsome Dhulikhel 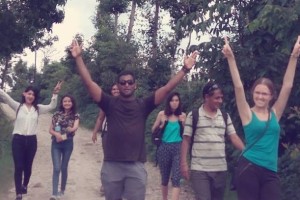 The weather this very period of the year has turned particularly fickle; but who cares if the hikers are all fond of travelling to a new place? For this Saturday we had planned to go to Dhulikhel to spend our day. After everyone reached to a city bus park we took a bus that led us straight to Dhulikhel. Getting down the bus we walked around the city for a while.

After we graced the city, we headed to the infamous view tower from where, in case we were awfully lucky, Mount Everest could be seen. It was on the top of hill for which we had to follow the exhausting yet satisfying 1000 stairs way to reach the view point. There was also another way through the community forest to reach on the top. But this way was narrow and slippery. But we wanted to taste both ways so we took stairs for half way and then switched to another one halfway through. The other way, being slippery enough had some of us lose our ground but it was fun. After a while, we reached the view point. As it was Saturday the place was crowded. We took some photos and took a short rest enjoying the cool fresh air. But we weren’t lucky enough to see the Mount Everest as it was completely engulfed by the clouds. People were up and about as it is a noted picnic spot. 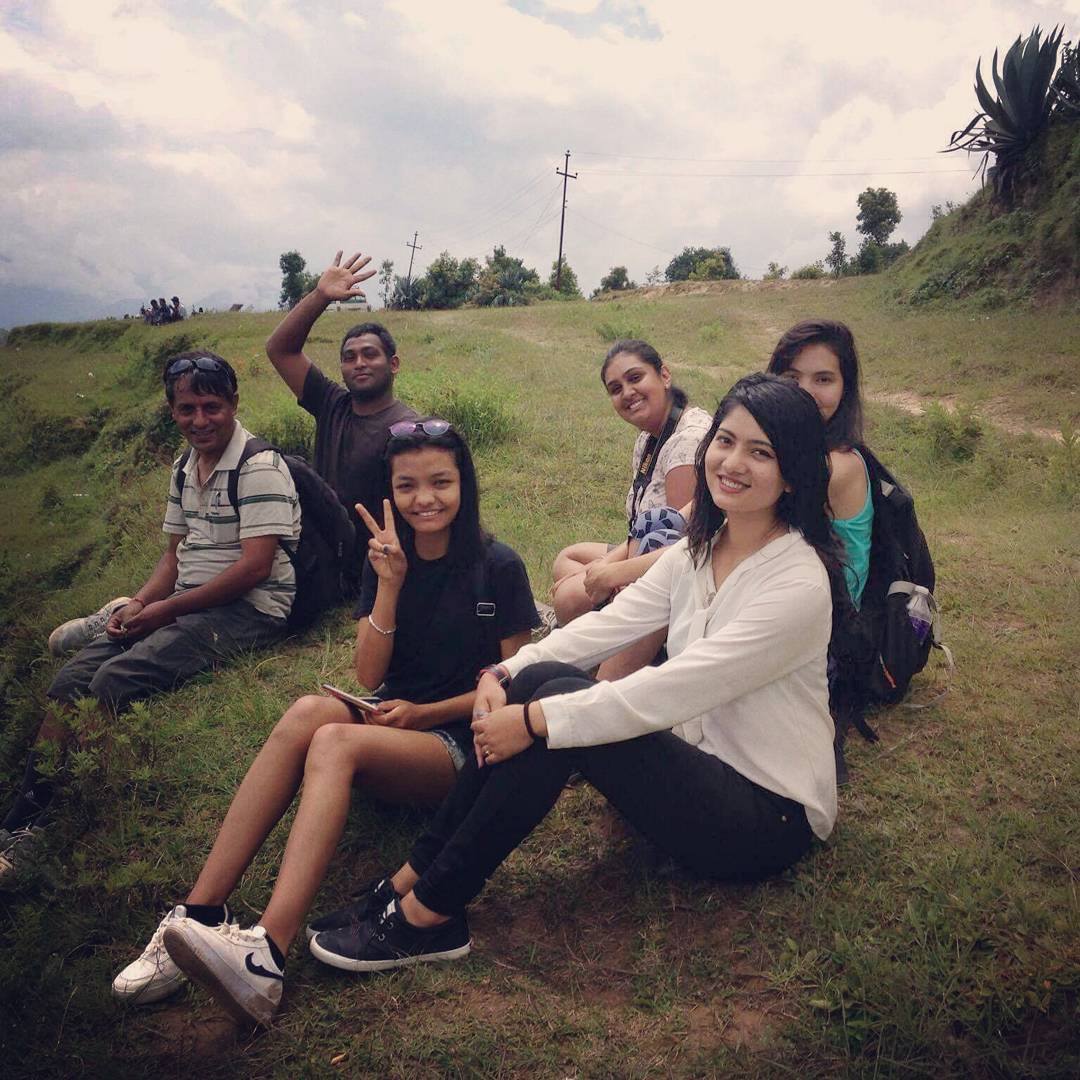 Children were running here and there playing games of their own. Some people were busy feasting while some of them were grooving along with the tune of music. It felt good to see that the momentary pleasures of gadgetries have not yet overdone all these realistic measures of happiness. It was obvious that Dulikhel is a perfect spot for gathering, outing and picnic especially at winter. The place is blessed with nature’s beauty. Our hungry tummy was asking for a food since an hour so we went to a restaurant to fulfill our hunger. There is a big stone in Dhulikhel aroused from a cliff where thousands of people take photos. It has become a popular arena for picture lovers; (yes! The gadgetries take over again). People say that there is no point in coming to Dhulikhel if he/she doesn’t take a picture there. It started drizzling and within no time it began raining cats and dogs. We took a small hotel as a shelter and returned down as the rain started raining lightly. Still the rain didn’t stop upon reaching down to the city. We reached the bus park and took a bus back to our home. It was still raining and it didn’t stop for hours.

Lastly, as every one of us wanted to spend more time in Dhulikhel, and you can clearly not get enough of it, we thought of going back to Dhulikhel again sometime to enjoy and explore its beauty to the fullest. The place is on our bucket’s list and has soon become the number one destination for hikers in recent memory.