I had a lovely time 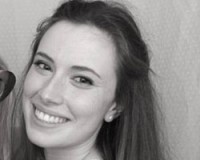 Nepal is a beautiful country, with everyone willing to open-up to you and be so generous. On many occasions I took public transport to town and numerous kind Nepali strangers would offer me direction advice, and one woman even walked me to my destination and chatted to me along the way. This itself is a culture shock - growing up in Britain, it is rare to find people willing to take time out of their day to help a stranger.

Nepal is nothing like anywhere I have visited before, and it takes a couple of days to adjust to their way of life. However, by the end of my trip I did not want to leave Nepal. Despite only being in Kathmandu for just over a week, I tried to immerse myself in as much sightseeing and cultural activities as possible. On my first day we travelled to Patan, where there was a large festival celebrating Krishna, which was bustling with local people. I undoubtably stuck out like a sore thumb and the locals love asking where I am from, as well as the other students. The highlight for me was actually visiting a remote town in Kirtipur where I tried some true Nepalese cuisine (Buffalo brain and spinal cord - tastier than it sounds) and watched the sun set over the mountains. I would also advise visiting the Monasteries such as Kopan, and observing the young monks daily lives up in the mountains.

I had such a lovely time in Nepal and I will be back very soon. The other students were so welcoming and I like to think that I have made friends for life, from around the world. The Pandey family were incredible hosts, and I already miss the laughter and love that circulated around the house.

Thank you to the Pandey family for all you have done for me, and I hope to see you again.