Camping In the Woods And Hiking Through Hills 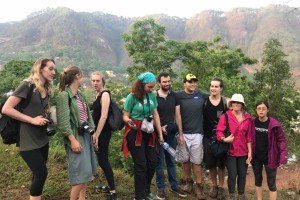 There is nothing like a group camping at weekend. Escaping the internet world and workload, Internship Nepal and team of students went on a night out to Pharping and Bungamati on 19 and 20 May. We already knew it was going to be a fantastic learning experience, and a peaceful engaging country weekend. Just that except going on a drive through country road, we were walking to take that to the next level.

Shesh Narayan Temple, a historic and famed temple complex of Kathmandu is one of the more understated ones as well. One of the only four Narayan temples, Shesh Narayan has been withstanding the turmoil of Kathmandu’s urbanization like a champion. It has been around ever since it’s construction in the Lichchhavi period during the Third Century A.D. At the time, the primary purpose of the temple was to provide protection to the Kathmandu Valley.

It was already a rare privilege for each one of us, to be amongst such ancient aura and recognition. The Hindu Temple kept calling us even after us leaving the site behind having captured breathtaking pictures. Bidding goodbye to the third century, we marched ahead to the significant Dakshinkali Temple (located 22 kilometers outside of Kathmandu). Another beautiful and highly noteworthy creation in the Hindu backdrop of Nepal which invites hundreds of thousands of pilgrims each year. But the highlight of the day was yet to come as we camped at a rural site in Dakshinkali and called it a night there. 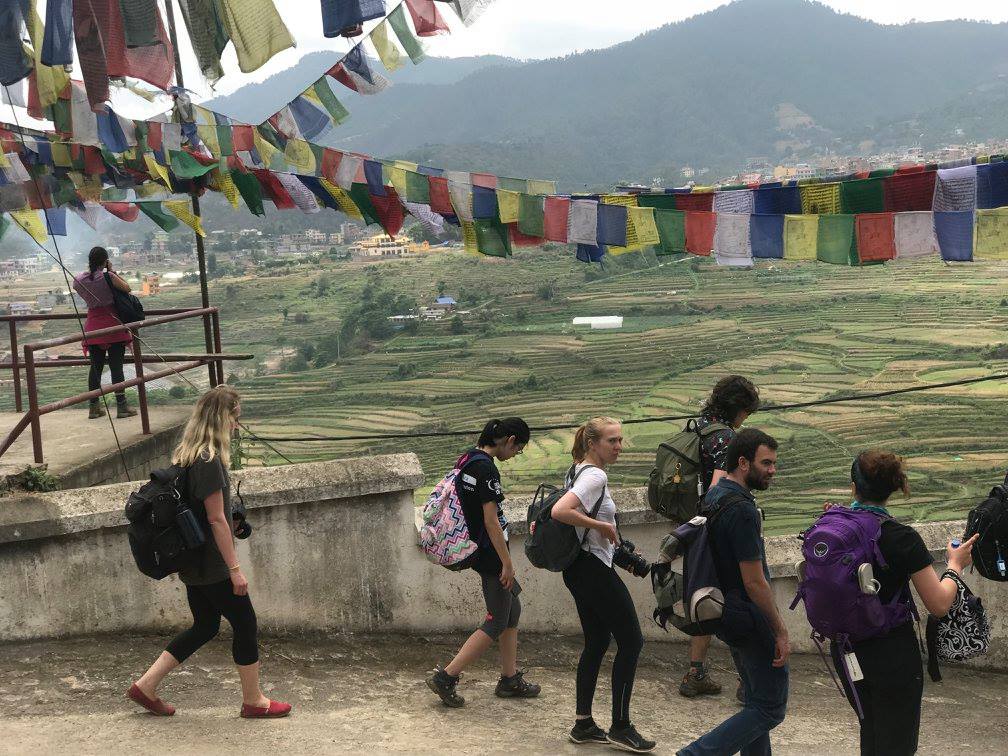 The very next morning, our sore feet surprisingly did not demand rest. We were up and about starting our day with a hike atop the Hattiban hill, which led straight to the Pharping village in just more than 2 hours. Arguably the oldest village in Kathmandu, Pharping is known for its local lifestyle and cultural authenticity. We walked around the fresh rice and paddy farmlands all over the place, all the while experiencing a natural countryside breeze. We were only meters from Bungamati- famously known as the wood carving village- where we were about to capture some local traditions. The local lifestyle there was amazing and rural but at the same time vibrant and peaceful. Students got to taste local food, drinks and sit besides scorching sun in the fields. Something Kathmandu doesn’t offer too kindly.

Given that it was a continuous day-night-day hike and camping, student still didn’t seem to drop a sweat. Their enthusiasm is what motivates us here at Internship Nepal. We’ll come back next week with another such hike story.