An amazing experience in Hospital 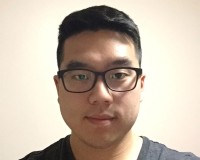 I had an amazing experience during my 4-week medical elective organised by Internship Nepal. I was placed at Kirtipur Hospital, which is a small community hospital outside of the hustle and bustle of Kathmandu city. Although the commute was slightly long, I’d say the learning opportunities that I had at Kirtipur Hospital far outweigh that slight inconvenience. Besides, taking the local micro-bus on a daily basis in an experience to be had in itself!

The hospital itself is small by Western standards and is based in the sleepy town of Kirtipur. I was initially planning on doing my elective term in Internal Medicine and Family Medicine but ended up getting to participate in many other departments such as Surgery, Emergency and Obs & Gyn. This was possible as I got to know almost all the doctors, both junior medical officers and consultants, from the various teams as it is such a small hospital. I got to be first assist in many general surgeries (appendectomies, cholecystectomies, hernia repairs etc.) and also got to assist in caesarean sections and natural deliveries. All the doctors were very friendly and really did make an effort to ensure that I was getting the most out of my elective at Kirtipur hospital.

My days would typically be spent in whichever departments had the most ‘action’ on that particular day. I get in at 9AM every morning and am usually done by 2-3PM in the afternoons. The Nepalese working week is from Sunday to Friday with only Saturday off but the doctors did not mind me taking the usual 2-day weekend off to do some exploring around the Kathmandu valley. Kirtipur hospital also houses the Nepal Burn and Cleft Centre which have an amazing plastics team and will be an excellent learning opportunity for anyone interested in plastic surgery.

Nardev and his family are very warm and welcoming and they have a beautiful house located in a nice suburb of Kathmandu in which I stayed at for the duration of my elective. I was greeted every morning with a nice warm cup of Masala tea and came home to a hearty dinner every evening (usually Dal Baht). The house is conveniently located to a large supermarket (10min walk) and is a short distance to the main tourist district of Thamel (5-10mins by car or 30-40mins by foot). Nardev also has good contacts within the tourism industry of Kathmandu and helped me arrange my 2-week trek to Everest Base Camp and Kala Pathhar which I embarked on after finishing my 4-week elective.

All in all, I had an amazing experience during my medical elective in Nepal and would definitely recommend it as an elective destination along with utilising the services of Internship Nepal.